Today, the job of a radiologist is not just to scan and give reports. His/her role also includes conducting special surgeries to improve the diagnosis, treat the disease, or sometimes even save a life. This is done using the clear pictures received on ultrasound, CT, and DSA. This is interventional radiology.

Though ultrasound, CT, and MRI are available almost everywhere in Maharashtra, there are only a few centers where patients benefit from interventional radiology, and Ruby Hall is one amongst them. This is a developing field, which holds great promise for the patients. Interventional radiology helps some patients avoid major surgery, reduces the risk of surgery, brings down the cost, and in some patients is the only option for treatment.

A Most Modern
Branch of Medicine 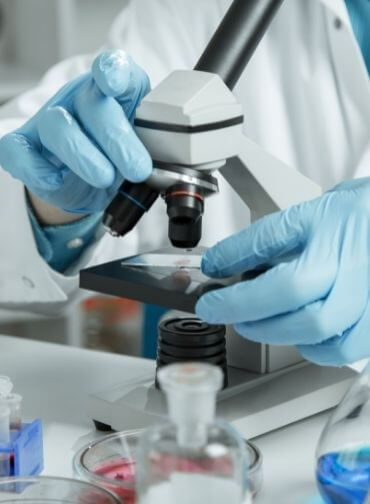 Interventional Radiology could be a simple procedure like taking a biopsy. This is done with the ultrasound or CT scanner so that the specialist can clearly see the needle. The needle is placed correctly in the tumour and the risk of biopsy is greatly reduced. The same technique can be used to drain pus or blood that has accumulated in the chest or abdomen. Under CT or US guidance a catheter can be placed into the collection. A simple procedure which saves the patient from major surgery. 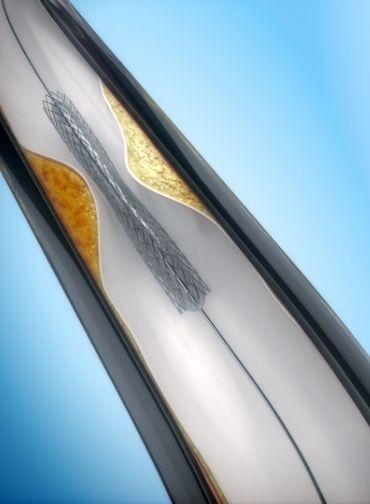 On the DSA, the catheter is introduced inside the blood vessel to do the angiogram and can be used to treat many diseases. A blocked vessel can be opened with a catheter with a balloon. This is Angioplasty. 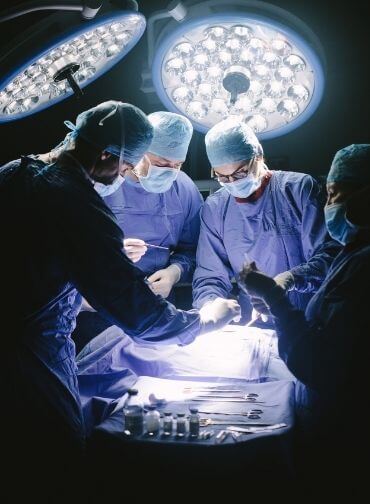 There are several situations where a vessel must be blocked as part of the treatment. When there are severe bleeding and blood transfusion does not help, blocking the blood vessel from inside will save a life. This process is called Embolisation and is the preferred method of treating GI bleeds due to Psuedoanerysms. 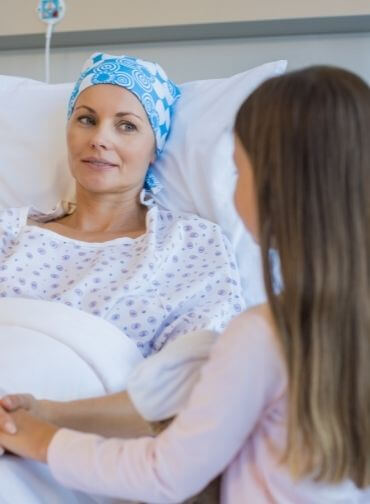 This is a technique where the cancer medicine is injected straight into the blood vessel going into the tumour. The usual side effects of taking cancer medicines can be avoided and specialist can ensure that the tumour receives a high dose. This treatment option is now being given to patients with liver cancer who cannot have surgery. 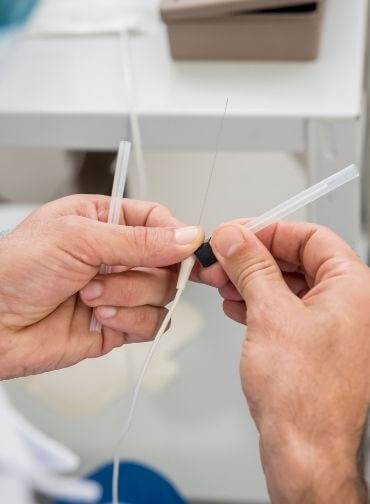 A promising new technique for treating small (< 4cm) hepatocellular carcinomas and metastasis from colorectal cancer. Radiofrequency Ablation involves placing a 16G needle into the lesion under US or CT guidance and producing tumour ablation by heating.

Varicose veins are caused by weakened valves and veins in your legs. Normally, one-way valves in your veins keep blood flowing from your legs up toward your heart. When these valves do not work as they should, blood collects in your legs, and pressure builds up. The veins become weak, large, and twisted.

Oncology is a branch of medicine that deals with tumours. It’s concerned with the diagnosis of any cancer in a person (pathology), therapy (e.g. surgery, chemotherapy, radiotherapy, and other modalities), follow-up of cancer patients after successful treatment, and palliative care of patients with terminal malignancies.

Peripheral Arterial Disease (PAD), also known as Peripheral Vascular Disease (PVD), is a very common condition. PAD develops most commonly as a result of atherosclerosis, or hardening of the arteries, which occurs when cholesterol and scar tissue build up, forming a substance called plaque inside the arteries.

Deep Vein Thrombosis (DVT) is the formation of a blood clot, known as a thrombus, in the deep leg vein. It is a very serious condition that can cause permanent damage to the leg, known as post-thrombotic syndrome, or a life-threatening pulmonary embolism.

Pulmonary embolism is the sudden blockage of a major blood vessel (artery) in the lung, usually by a blood clot. In most cases, the clots are small and are not deadly, but they can damage the lung. 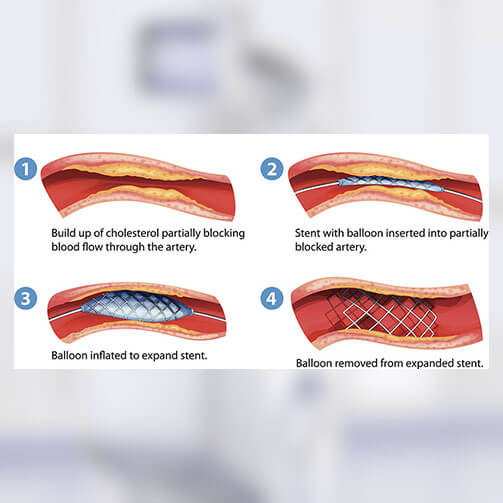 Peripheral Artery Disease (PAD) is a common circulatory problem in which narrowed arteries reduce blood flow to your limbs.

The interventional radiologist uses non-surgical angioplasty and stenting, which is performed to open the blood vessel where it is narrowed or block. 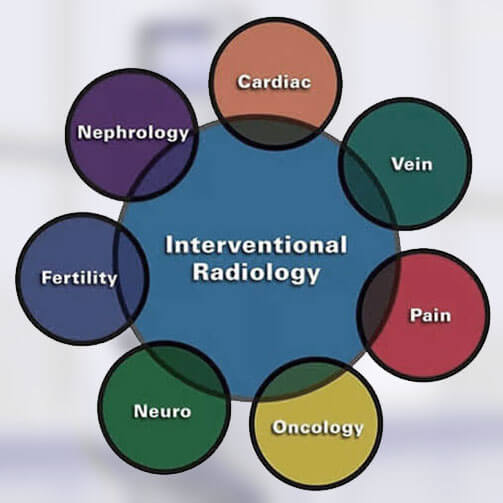